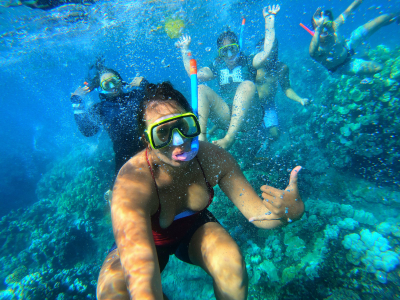 KML, housed in the UH Mānoa School of Ocean and Earth Science and Technology, began operations in 1972, and over the past five decades, has supported cutting-edge research focused on the study of unique marine organisms of Hawaiʻi and the Pacific, their evolution and development, ecological relationships, responses to both anthropogenic and natural stressors and their conservation biology.

“We are delighted to celebrate this milestone of 50 years at the Kewalo Marine Lab,” said Bob Richmond, director of KML. “Our research spans from molecules to ecosystems and has brought millions of dollars to Hawaiʻi and the Pacific Islands to support research and train students at all levels. We bridge science to policy and knowledge to action in order to protect the marine biodiversity and marine resources of ecological, economic, and cultural value. We are excited for the future of KML as we continue excellence in both basic and applied research and keep Hawaiʻi at the forefront of experimental marine biology.”

Originally founded as a research laboratory, KML supports visiting scientists from the continental U.S. and international research community in the development and application of laboratory-based research approaches and tools including microscopy, microbiology, molecular biology including multi-omics, ecotoxicology and developmental biology. Moreover,the research at KML sits at the cutting-edge of conservation and environmental microbiome studies by embracing Native Hawaiian and Pacific culture, traditional knowledge and practice - linking lessons learned from marine systems to ahupuaʻa (from ridge to reef) and human health. 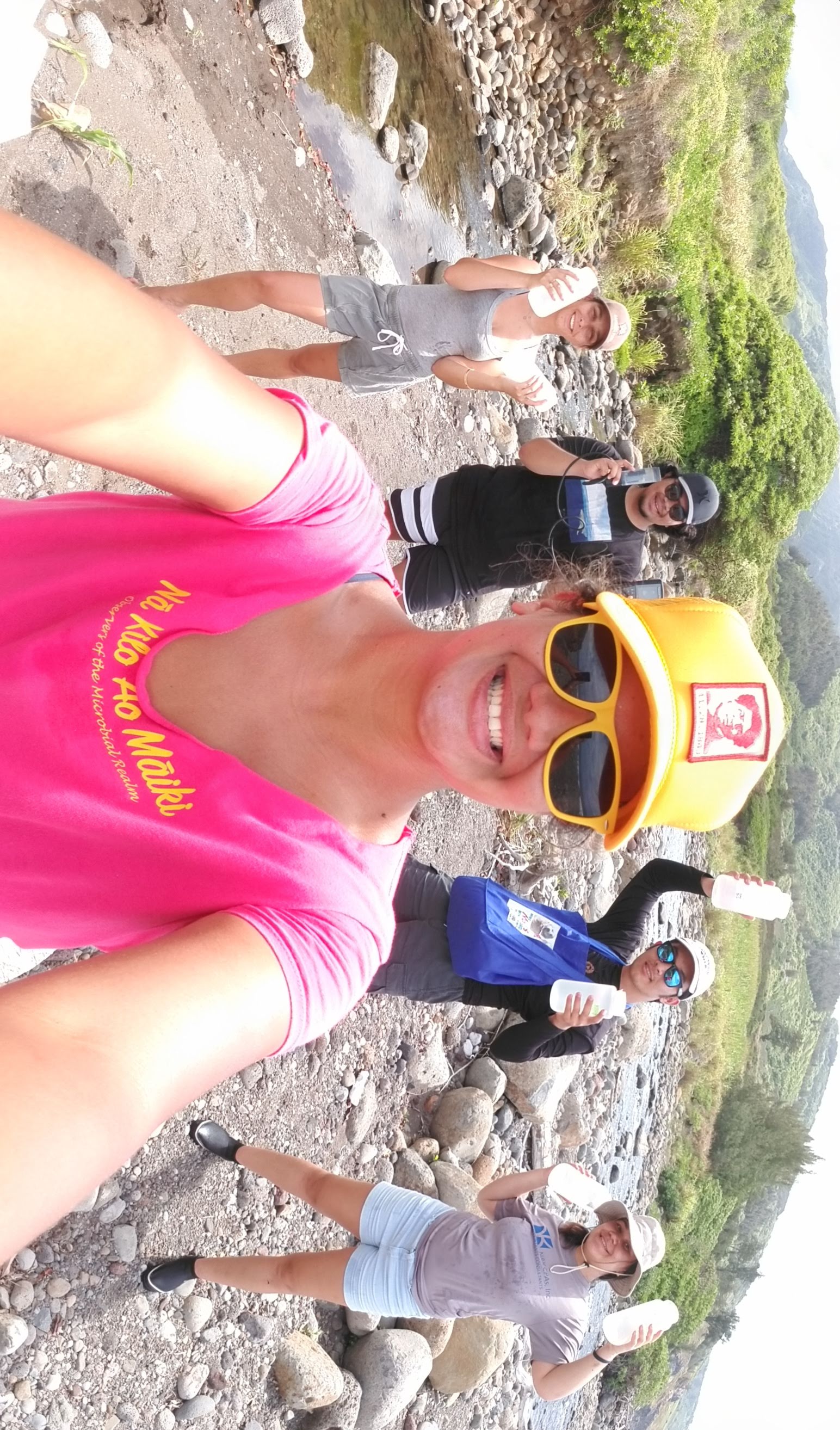 “One of the objectives of KML is to perpetuate place-based knowledge and ecological-based studies that confront challenges facing Pacific Islands and return this knowledge to communities,” said Kiana Frank, Asisstant Professor at KML. “KML has helped to build resources that have increased the participation of Native Hawaiian and Pacific Islander communities in STEM eduction, restoration and conservation efforts, as well as promoted effective engagement between students, community, researchers and policy makers.”

KML’s training supports research by undergraduate and graduate students, postdoctoral researchers and K–12 students for visits and science fair projects. The lab has been the home of several training programs funded by the National Science Foundation and the National Institutes of Health targeting Native Hawaiian and Pacific Islander students—groups underrepresented in the STEM disciplines—based in Hawaiʻi and throughout Micronesia.  Faculty have also supported Hawaii-based science education in partnership with the Polynesian Voyaging Society, Kamehameha Schools and the Hawaii Department of Education.  They have also parterned with and supported governmental and local community-based organizations in efforts to conserve Hawaii’s precious marine resources of ecological, economic and cultural value, including NOAA, the Hawaii Division of Aquatic Resources, The Nature Conservancy, Hui Mālama Loko Iʻa, Kuaʻāina Ulu Auamo, the Maui Nui Marine Resource Council, Malama Maunalua, and The Native Hawaiian Legal Corporation,. “This milestone emphasizes how important marine science, especially marine biology, is in Hawaiʻi,” said Michael Hadfield, emeritus professor at KML. “While there has been a lot of news about the roles of UH biologists in oceanography and coral-reef studies, the fundamental research in cell biology, developmental biology and symbiosis has often been overlooked. We stand out at KML and are proud to recognize 50 years of excellent research in Hawaiʻi and beyond.”

KML was conceived in the mid-1960s by then UH Vice President Robert Hiatt and Pacific Biosciences Research Center's second director, Terence Rogers. The goal was to develop a state-of-the art facility for carrying out experimental marine biology on model organisms for studying basic questions in biological science.

During that time, a $550,000 grant was secured from the National Science Foundation for building funds. The site at Kewalo Basin was leased from the state, and the building was designed by Honolulu architect Richard Dennis. KML’s original five faculty were hired prior to the lab’s opening and worked in labs behind the Waikīkī Aquarium until construction was completed.

Since 1972, KML has earned an international reputation for excellent research in biological sciences and has played a vital role in fulfilling UH's mission in marine biological research. KML faculty and researchers have helped make UH a well-known and respected institution among scientists worldwide for pushing the frontiers of marine biological discovery.

KML’s founding director, Robert E. Kane, using the fertilized eggs of sea urchins as model cells, discovered the basic mechanism by which all cells divide their cytoplasm into two equal halves. The understanding of a major contractile protein lying just below the cell surface that literally pulled the cell into two parts was a seminal discovery. Kane went on to make major discoveries about the biochemistry of the mitotic spindle that separates the chromosomes, the structures that bear the genes, into equal parts during cell division adds to his prominence in the history of cell biology. Some of Kane’s last research focused on fertilization itself, with the notable discovery that it is the penetrating sperm, not the much larger egg itself, that determines the nature of the many changes that take place on the egg surface following fertilization. All of these discoveries now provide fundamental knowledge about our understanding of the biology of all cells, from amoebas to those in human organs.

Ian Gibbons switched his research focus from single-celled protozoans to the sperm of sea urchins when he joined the Kewalo Marine Laboratory. His focus was the mechanism that drives the beating or undulation of the cilia and flagella that serve thousands of different functions in all animals, from the movements of single-celled protozoans to clearing mucus and debris from our lungs. The sea urchin sperm, produced in the 10s of millions at each spawning, turned out to be a perfect ‘model cell’ for such studied, allowing literal dissection, by physical and biochemically, to determine which part of the fine structure of flagella carries out which part of the biophysical actions that result in regular, undulatory beating. The results of Gibbon’s research enabled a huge breadth of new research on, for example, how various pathogens impact ciliary activity (e.g., bacteria in the human lungs) or the results of loss of this activity (e.g., human cystic fibrosis). Gibbons was awarded the international Japan Prize for this research, all conducted at the Kewalo Marine Laboratory.

Tom Humphreys began research by studying a long-known phenomenon, the capacity of cells disaggregated from an entire sponge, to reaggregate to form a new body. He focused on cell adhesion, the capacity of cells to stick tightly to one another – important to all plants and animals – to make a major discovery about the ‘cement’ that holds cells together. After moving to the Kewalo Marine Lab, Humphreys research team focused on the developing sea urchin to join the very first investigations of the roles of genes in early animal development. And early discovery impacted understanding of the mechanisms by which genes direct development by messenger RNA. To carry out this work, Humphreys pioneered the isolation and sequencing of genes for the first time in Hawaii, from which they made some of the first discoveries about genetic segregation as a developmental mechanism. The greatest impact of this group came from their successes in studying the roles of RNA, the “messengers” in carrying out gene-directed developmental patterns.

Mike Hadfield’s lab has focused on animal metamorphosis, the rapid changes in cells, tissues and organs that transform a larva with one anatomy into a juvenile animal with a completely different anatomy, ecology and physiology. For most animals I the sea, these transformations occur when a larva leaves a swimming life in the plankton to join a community of its species on the bottom of the oceans. The lab group has found that, for most bottom-living invertebrate animals – those without backbones, making up more than 90% of animals living under salt water – the cues to settle and metamorphose arise from bacteria living in biofilms that coat all surfaces in the sea. Because the bacterial species making up biofilms differ between habitats, the research explains why larvae of different invertebrates settle in habitats suitable for them, whether it be a coral reef, rocky coast, sandy shore, inner estuary or the deep sea. This research also revealed the bacterial molecules that stimulate larval metamorphosis, acting as ectohormones to produce global responses in the animals’ bodies. It opened important avenues for discovering how bacterial molecules stimulate dramatic developmental changes.

Mark Martindale’s lab also focused on animal development, employing the embryos of different marine invertebrates as they proved to be useful for the study of various phenomena. The bulk of the work coming from the Martindale group pioneered understanding of embryonic patterning, that is how specific genes drive the formation of animal heads at one end of the embryo and tails at the other, or how right-left alignment occur, or dorsal (back) – ventral (belly) differentiation come about. Needless to say, results of Martindale’s research now appear in the textbooks to explain these basic developmental phenomena and are mined for their contributions to understanding what ‘went wrong’ when developmental anomalies (i.e., birth defects) occur.