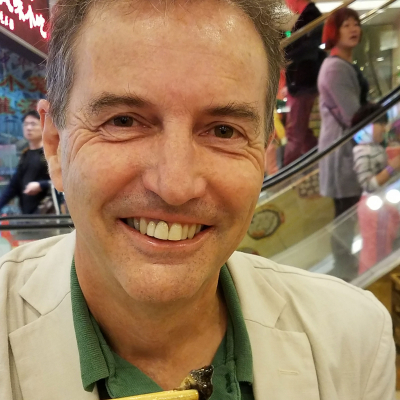 The nematode parasite Angiostrongylus cantonensis (rat lungworm) has a complex life cycle involving rats
(definitive hosts) and gastropods (intermediate hosts), as well as various paratenic hosts. Humans become
infected and develop rat lungworm disease (neuroangiostrongyliasis) when they consume intermediate or paratenic
hosts containing the infective parasite larvae. This study synthesizes knowledge of paratenic hosts of
A. cantonensis and investigates their role in causing human neuroangiostrongyliasis worldwide. A literature review
was conducted by searching PubMed, JSTOR and Scopus, pooling additional information from sources
accumulated over many years by RHC, and snowball searching. The review identified 138 relevant articles
published between 1962 and 2022. Freshwater prawns/shrimp, crayfish, crabs, flatworms, fish, sea snakes, frogs,
toads, newts, lizards, centipedes, cattle, pigs and snails were reported to act as paratenic hosts in various regions
including South and Southeast Asia, Pacific islands, the USA and the Caribbean, as well as experimentally.
Human cases of neuroangiostrongyliasis have been reported from the 1960s onwards, linked, sometimes speculatively,
to consumption of freshwater prawns/shrimp, crabs, flatworms, fish, frogs, toads, lizards and centipedes.
The potential of paratenic hosts to cause neuroangiostrongyliasis depends on whether they are eaten, how
frequently they are consumed, the preparation method, including whether eaten raw or undercooked, and
whether they are consumed intentionally or accidentally. It also depends on infection prevalence in the host
populations and probably on how high the parasite load is in the consumed hosts. To prevent human infections, it
is crucial to interrupt the transmission of rat lungworm to humans, from both intermediate hosts and frequently
consumed paratenic hosts, by adhering to safe food preparation protocols. Educating the general public and the
medical community about this largely neglected tropical/subtropical disease is key.