Jellyfish almost killed this scientist. Now, she wants to save others from their fatal venom Featured 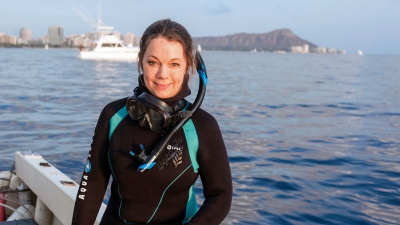 On 17 June, several families were celebrating Father's Day here at Dalahican Beach, a popular bathing spot near Lucena, a city on Luzon island. A steady breeze blew across sand that looked like fine brown sugar. Children splashed in the dark green water. Suddenly, people started to scream as a toddler was lifted unconscious from the water, his lips pale. A witness recalled that dark lashes crawled across the toddler's thighs—the telltale marks of a jellyfish sting. The boy's family simply held him and cried. Shortly after, Prince Gabriel Mabborang, 18 months old, was dead—one of at least three children killed in the Philippines this summer by the stings of box jellyfish.

On a midmorning 3 weeks later, Angel Yanagihara, who studies jellyfish venom at the University of Hawaii (UH) in Honolulu, arrived at Dalahican Beach.